Switched at Birth Wiki
Register
Don't have an account?
Sign In
Advertisement
in: Characters, Deaf Characters, Female,
and 4 more

In relationship with Gabe

Portrait of My Father

Melody Bledsoe is the guidance counselor at Carlton School for the Deaf the school her son Emmett attends. She filled in briefly as the coach for Daphne's basketball team where she met John Kennish, who she formed a friendship with despite going toe-to-toe with him over abrasive coaching tactics. She is Regina’s best friend who helped her to learn American Sign Language so as to immerse Daphne in deaf culture. She is there for her, to give her support with all the changes that are happening in her life as a result of the switched at birth news and reveals news of her own, that she and her husband are separating. She also seems to be Daphne’s other major confidant outside Regina. When she is kicked out of the Kennish house, Regina tells an apologetic Toby that she will be staying with Melody until everything blows over. In Les Soeurs d'Estrees Melody pressured her son into selling his treasured motorcycle, Ripley, to cover the five-thousand dollar fine he owes for vandalizing a billboard.

In the beginning, Melody is not happy about the fact that Emmett and Bay were together. She felt Bay was pressuring Emmett to take speech therapy and was unhappy with the changes in her son. However she changed her mind when Bay came to her with her concerns of how Emmett was doing while living with his father Cameron and his new girlfriend Olivia.

Melody has straight, strawberry blonde-light brown hair and blue eyes. In 2x17, she is found to be 5 feet 8 inches tall.

Melody urges her students to not disrespect the deaf people who "kicked down doors" to get them the rights they take for granted. According to Emmett, Melody's son, Melody marched at Gallaudet in 1988. Gallaudet University is a real-life university for the deaf and hard of hearing. It is located in Washington DC.

The Gallaudet march in 1988 was actually a real march called "Deaf President Now" when the students of Gallaudet University marched and demanded a deaf president. 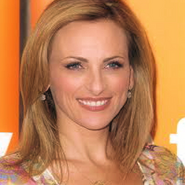 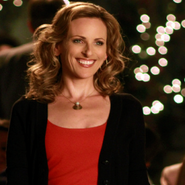